On the second day of ICC world Twenty20 Africa ‘A’ Qualifier 2018, April 15 2018, Nigeria and Gambia played the first match which started by 9:30 am. Nigeria won the toss and elected to bat.  At the end of the first innings, Nigeria batted 176 runs for the loss of 5 wickets in 20 overs.

Ademola Onikoyi who came in as batman no 3 after the loss of Adu Bimbo’s wicket, stole the game away from The Gambia when he brought some highlights to the game in a jaw breaking fashion by smashing two huge 6s and nine 4s, and went on to score 74 runs off 51 balls (Not Out) with the strike rate of 145. Nigeria captain, Chimezie Onwuzulike, supported in the runs build-up by scoring a total of 34 runs off 18 balls with five 4s and one 6 with strike rate of 188.89. 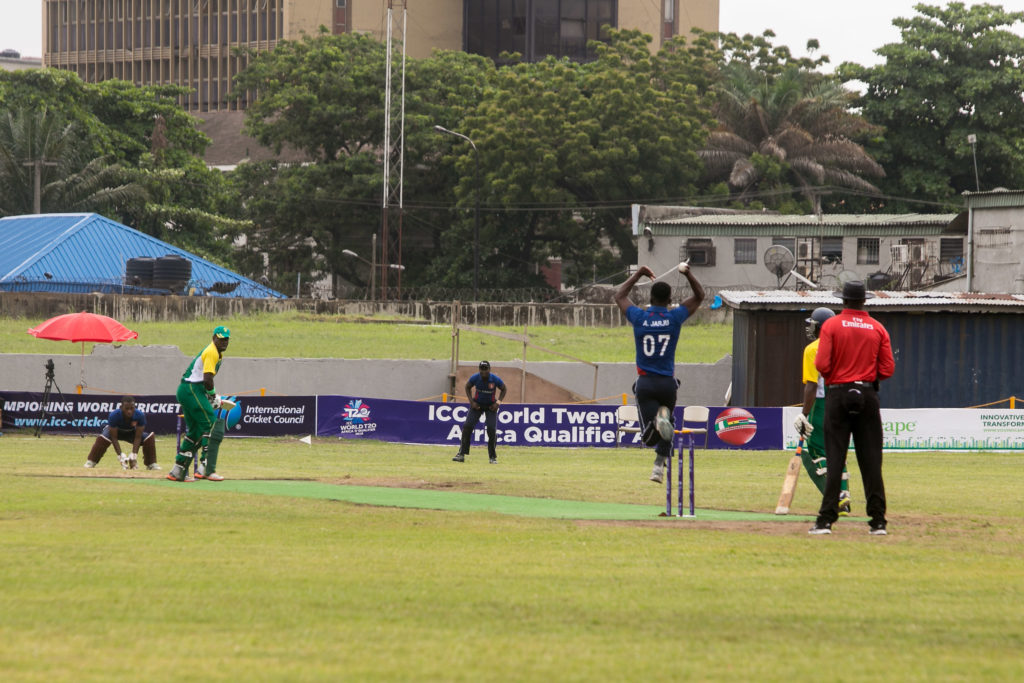 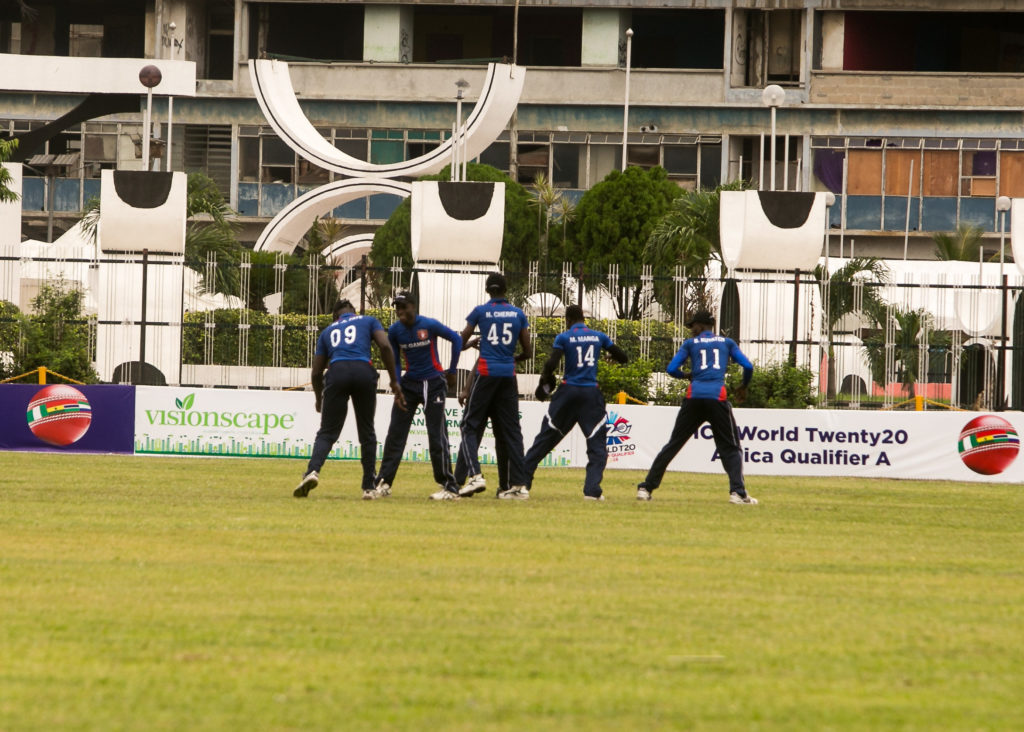 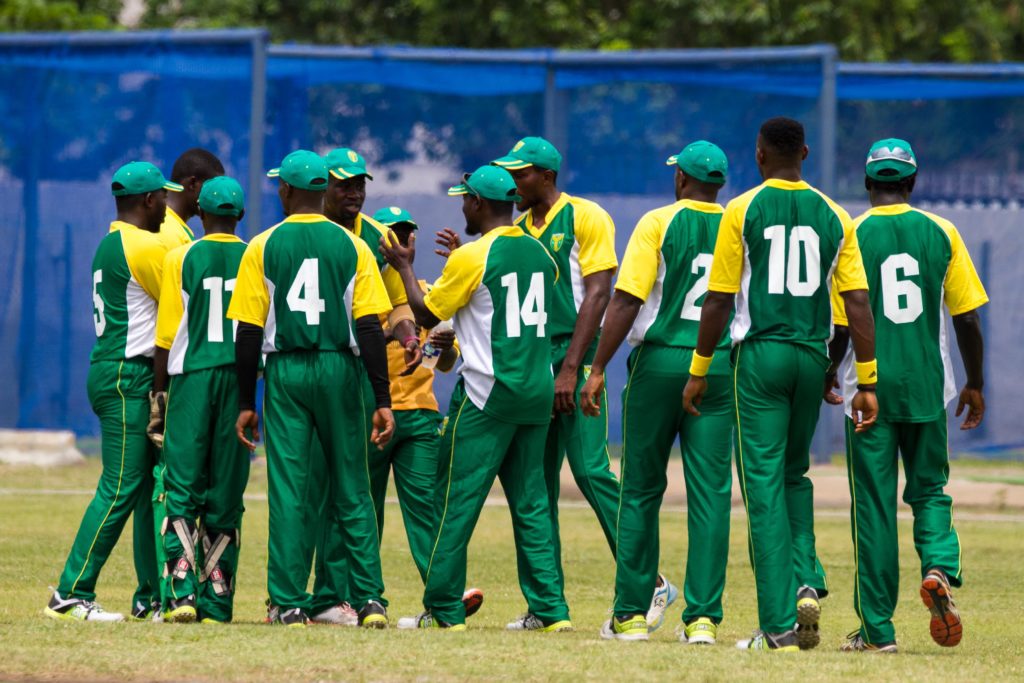 Isaac Okpe came in to tidy up the innings with 3 delightful 6s in the last over and recorded an impressive 21 runs off 5 balls with a massive strike rate off 420.

All these brought Nigeria to comfortable total of 176 runs in 20 overs for the loss of 5 wickets.

The Gambia who also tried to curtail the runs from the bat of Nigerians so as to limit the attacking strength of the Nigerian team. They has some decent bowling, though a few drop catches off both Onikoyi and Chimezie’s bats, but were still able to achieve 5 wickets, and gave 12 extras. Jaye had two wickets and conceded 26 runs in 4 overs 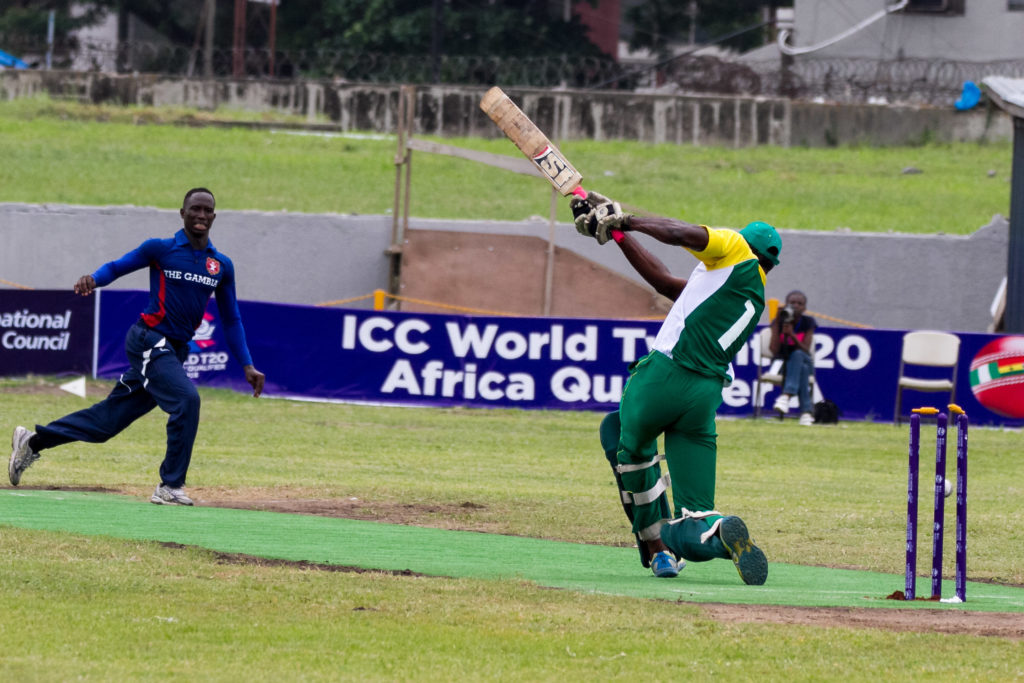 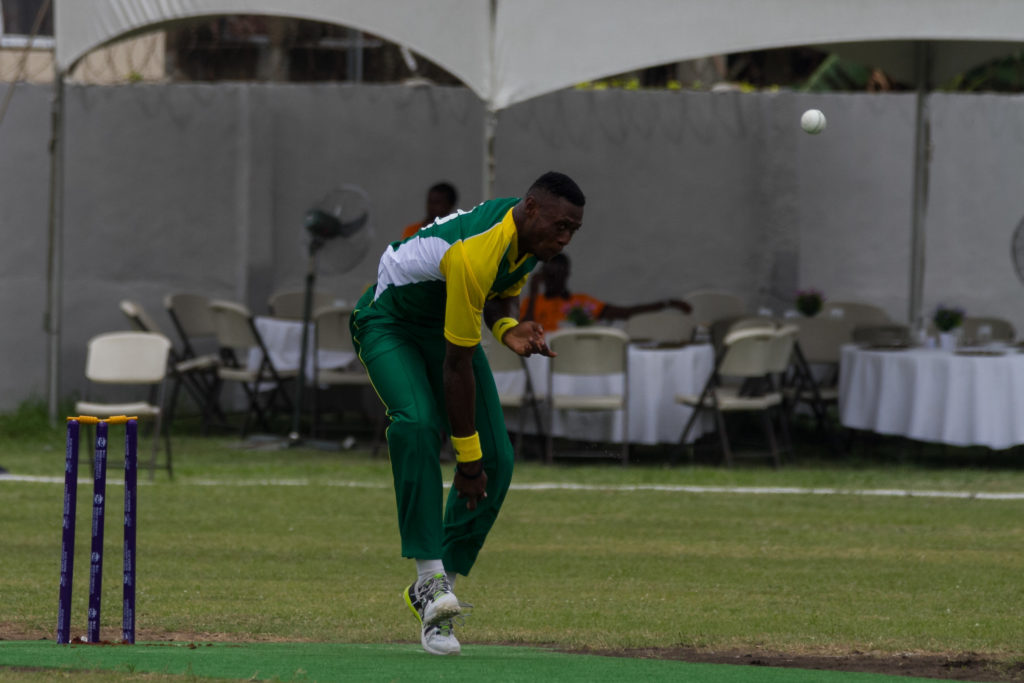 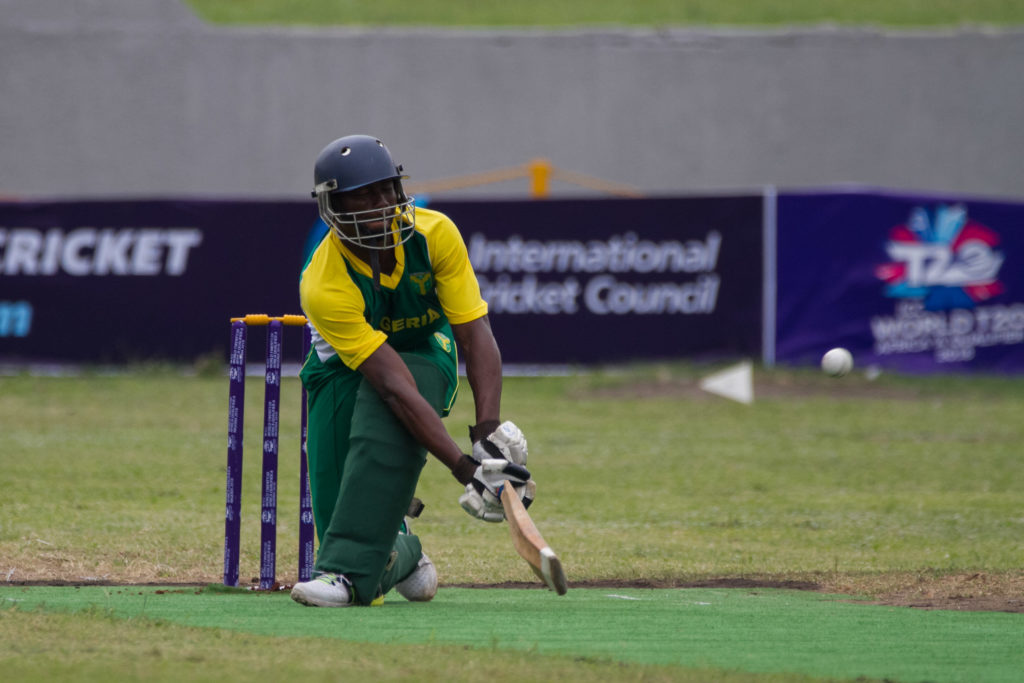 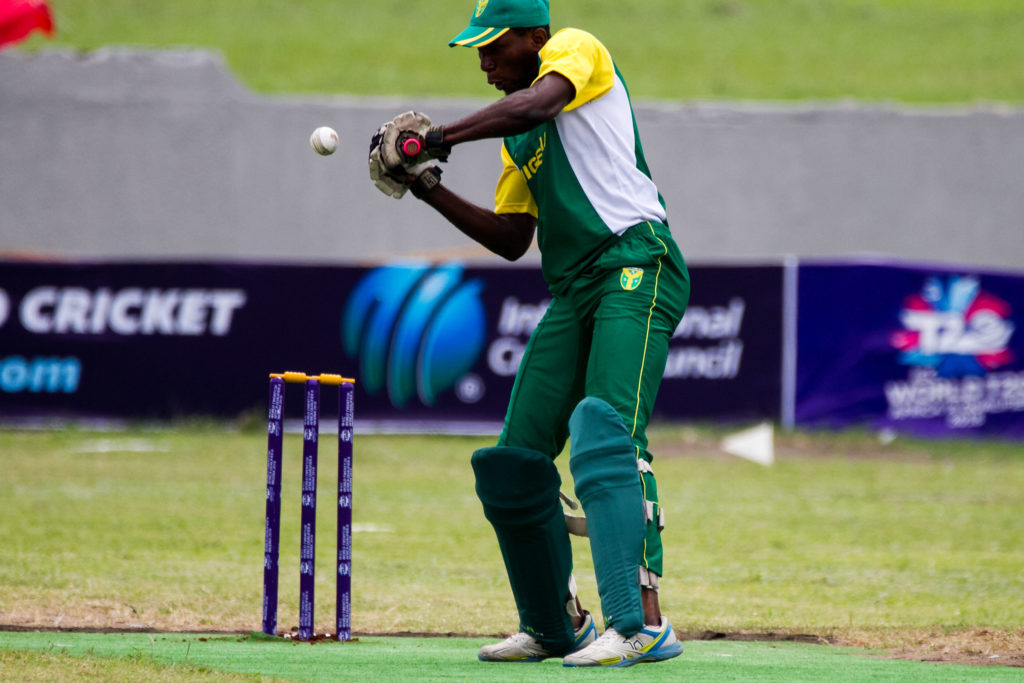 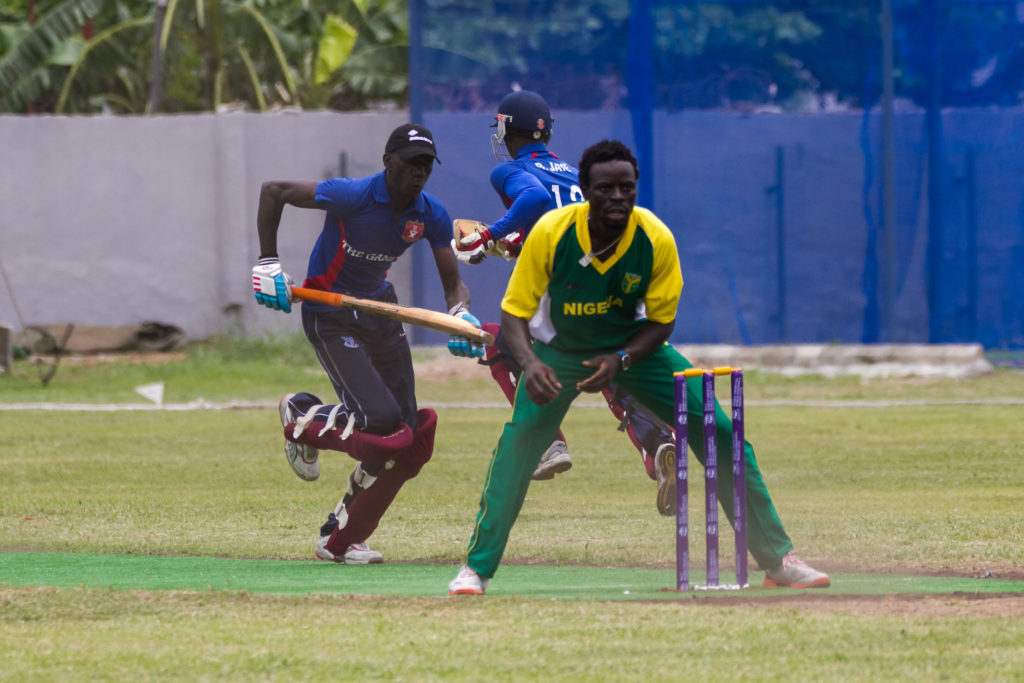 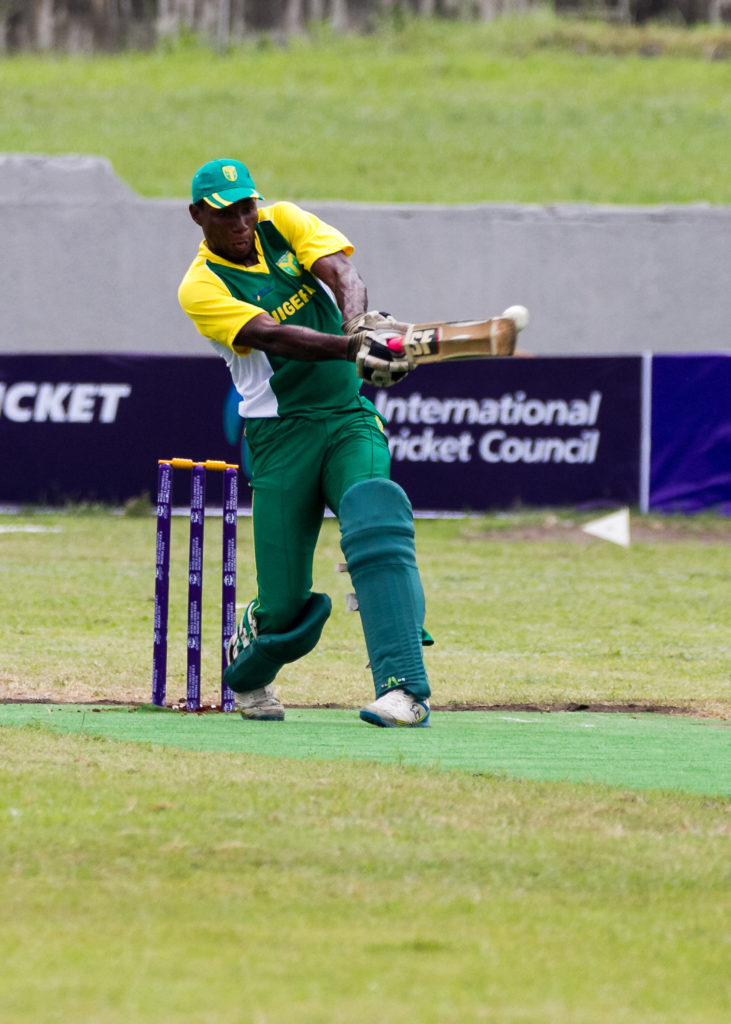 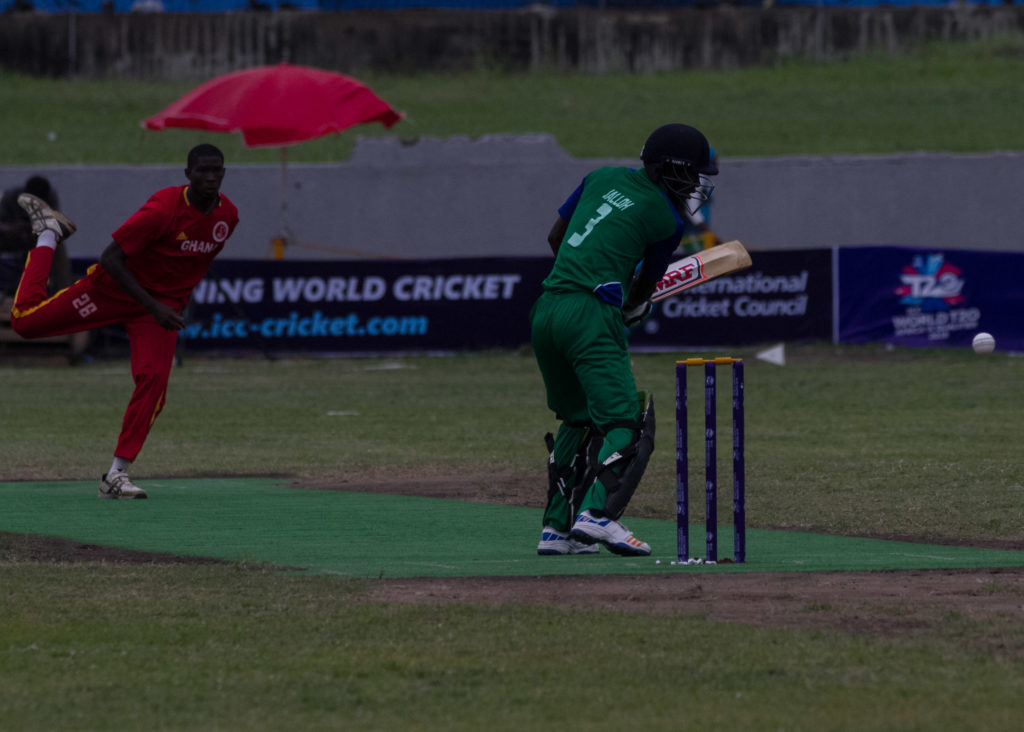 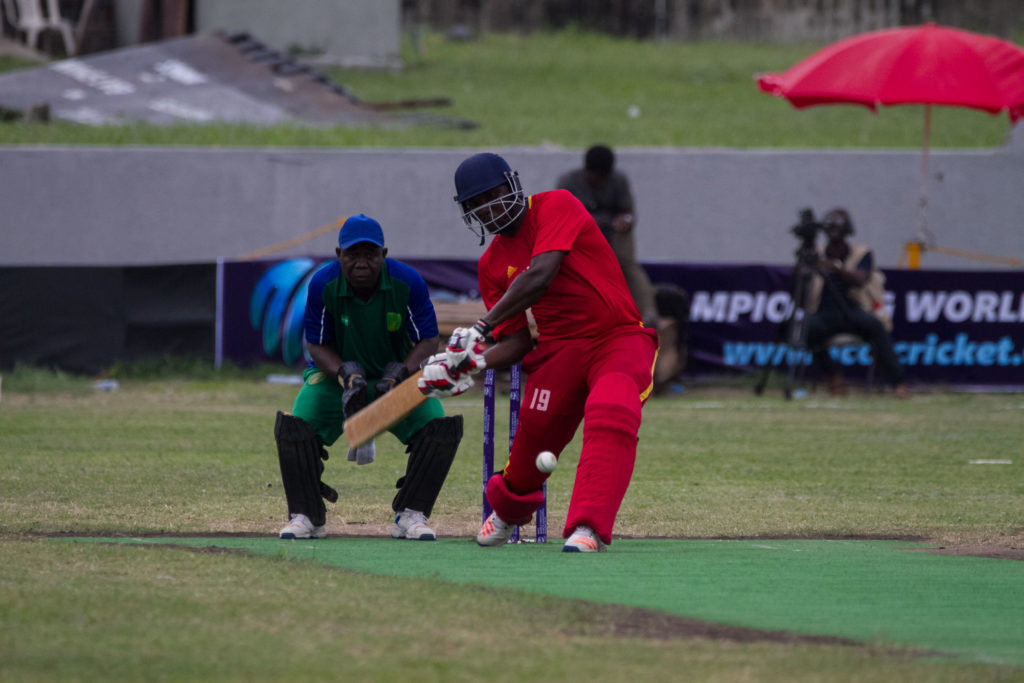 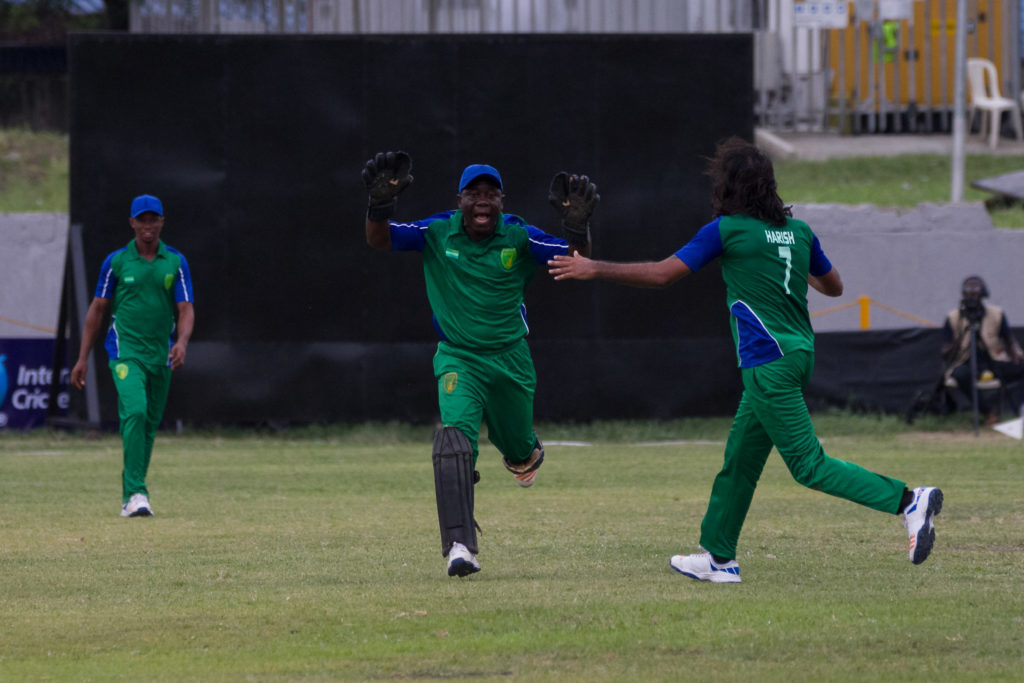 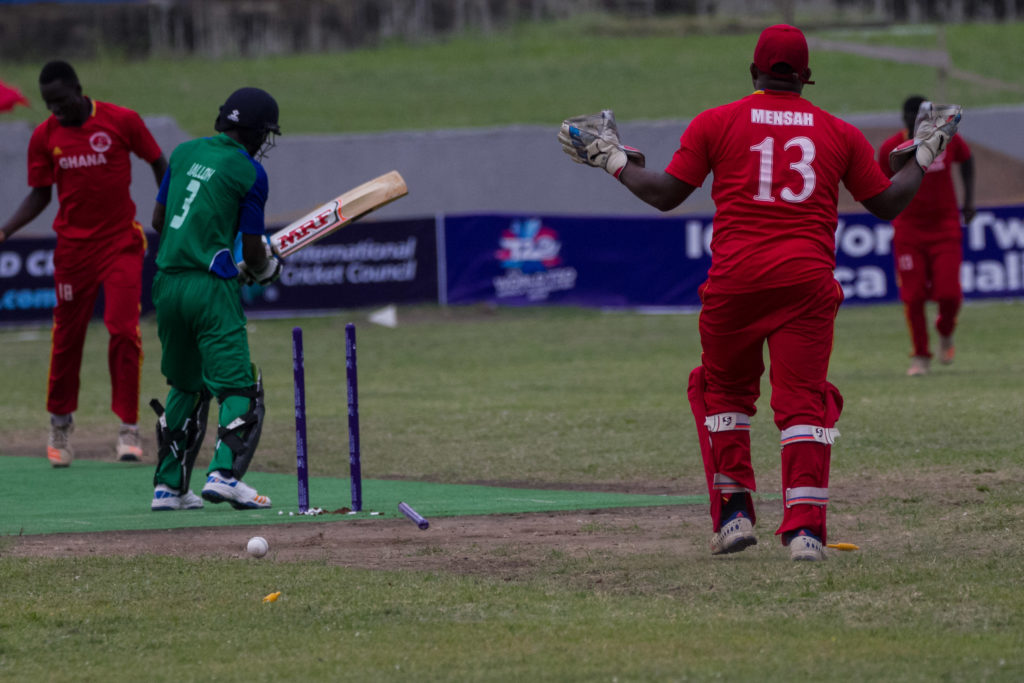 Game Day1. Nigeria vs Sierra Leone and Ghana vs Gambia

No Replies to "Game Day 2. Gambia vs Nigeria. Ghana vs Sierra Leone "